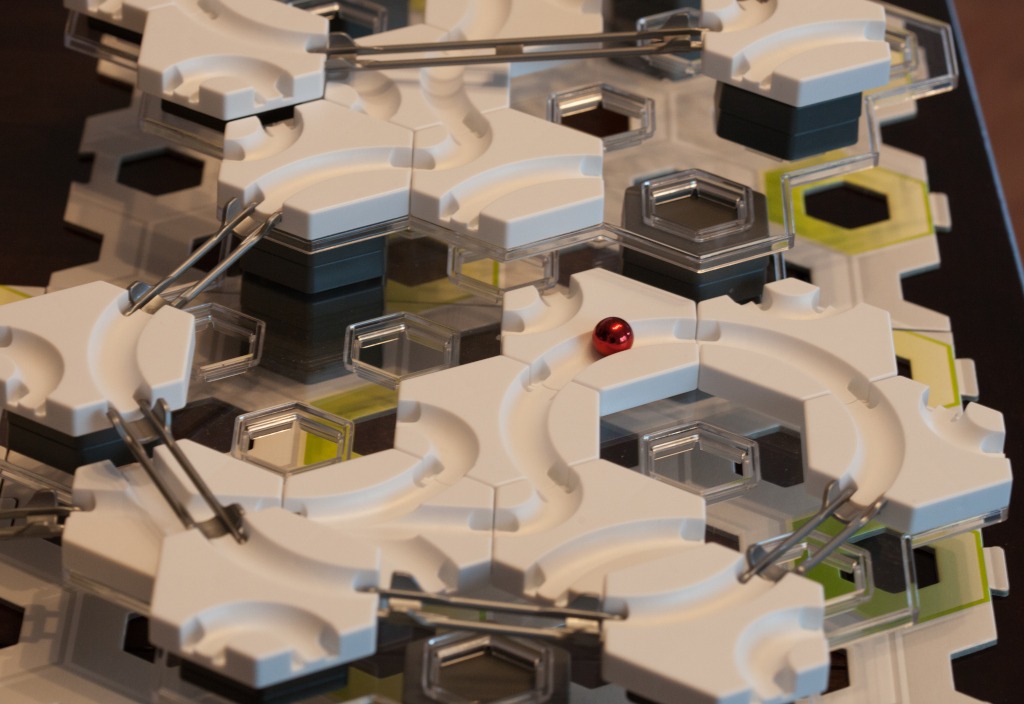 Retrieved from commons.wikimedia.org, used under CC0.

Martin is building a magical marble machine. Marbles roll all around it making majestic music. To make the machine interesting, Martin collects all the marbles into a funnel and then drops them one after another into a square maze assembled on the bottom of the machine.

The remainder of the input consists of the grid itself: $H$ lines of text, each $W$ characters in length. Every character is one of:

It is impossible for any marble to roll forever since that would violate the laws of physics! Each marble will land on each ramp or seesaw at most once before eventually falling through a hole in the maze or off the side of the grid.